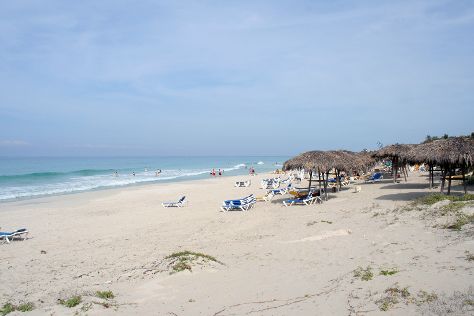 One of the largest resort towns in the Caribbean, Varadero boasts a 20 km (12 mi) long stretch of sand, lined with hotels and all-inclusive resorts.

Explore Varadero's surroundings by going to Matanzas (Parque de la Libertad, Pharmaceutical Museum, &more) and Cardenas Cathedral (in Cardenas). Next up on the itinerary: kick back and relax at Varadero Beach, explore the ancient world of Cueva de Ambrosio, observe the fascinating underwater world at Delfinario, and get advice or help at Convention Center Plaza America.

For more things to do, photos, maps, and other tourist information, refer to the Varadero tour itinerary planner.

Things to do in Varadero 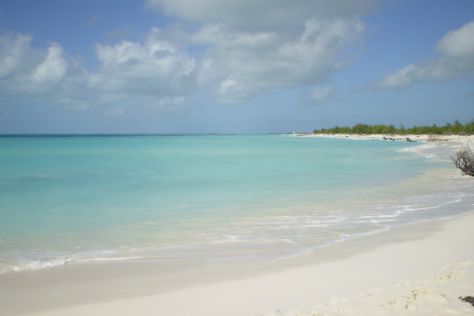 The stress of modern life feels a million miles away when you holiday on Cayo Largo, a small and unspoiled resort island off the coast of Cuba.

On the 22nd (Fri), enjoy a perfect day by the water at Playa Paraiso. There's lots more to do: kick back and relax at Sirena Beach, step off the mainland to explore Cayo Rico, tour the pleasant surroundings at Punta Mal Tiempo, and look for all kinds of wild species at El Torreon Nursery.

To find ratings, reviews, more things to do, and tourist information, go to the Cayo Largo travel route planner.

Fly from Varadero to Cayo Largo in 3.5 hours. Alternatively, you can take a bus. In January, daily temperatures in Cayo Largo can reach 32°C, while at night they dip to 22°C. Wrap up your sightseeing on the 24th (Sun) to allow time to take a bus to Cienfuegos.
more less

Things to do in Cayo Largo

Pearl of the South

The city of Cienfuegos sits in a scenic natural bay, attracting visitors from across the country and further afield since its establishment in the early 19th century.

Take a break from Cienfuegos with a short trip to Bay of Pigs Museum in Matanzas, about 1h 40 min away. The adventure continues: don't miss a visit to Parque Jose Marti, contemplate the waterfront views at Bay of Pigs, explore the historical opulence of Jagua Castle, and stop by Punta Gorda.

You can take a bus from Cayo Largo to Cienfuegos in 3.5 hours. In January, plan for daily highs up to 33°C, and evening lows to 21°C. Finish your sightseeing early on the 29th (Fri) so you can drive to Trinidad.
more less

Things to do in Cienfuegos 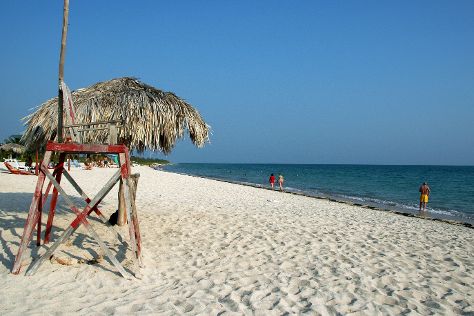 Built on sugar and seemingly preserved in molasses, the town of Trinidad attracts visitors with its well-aged 19th century architecture and rustic charm, showcasing the sounds, scents, and sights of days gone by.

Take a break from Trinidad with a short trip to Vegas Grande Waterfall in Topes de Collantes, about 32 minutes away. There's lots more to do: don't miss a visit to Plaza Mayor, take in the dramatic scenery at Salto del Caburni, see the interesting displays at Museo de Historia Municipal, and tour the pleasant surroundings at Ancon Beach.

You can drive from Cienfuegos to Trinidad in 1.5 hours. Alternatively, you can take a shuttle; or take a bus. Expect a bit warmer evenings in Trinidad when traveling from Cienfuegos in January, with lows around 32°C. Finish your sightseeing early on the 3rd (Wed) to allow enough time to drive to Santa Clara.
more less

Things to do in Trinidad

The scene of one of the most dramatic battles of the Cuban Revolution, Santa Clara today possesses a youthful feel and a reputation for progressive thought.

Traveling by car from Trinidad to Santa Clara takes 2.5 hours. Alternatively, you can do a combination of bus and train; or take a bus. In February, plan for daily highs up to 32°C, and evening lows to 19°C. Finish up your sightseeing early on the 5th (Fri) so you can go by car to Cayo Santa Maria.
more less

Things to do in Santa Clara

An island off Cuba's north central coast, Cayo Santa Maria has become known for its long sandy beaches and all inclusive resorts.

Start off your visit on the 6th (Sat): kick back and relax at Playa Cayo Santa Maria, look for all kinds of wild species at Acuario-Delfinario Cayo Santa Maria, and then soothe aching muscles at some of the top local wellness centers.

For where to stay, maps, traveler tips, and tourist information, you can read our Cayo Santa Maria online trip itinerary builder.

Things to do in Cayo Santa Maria 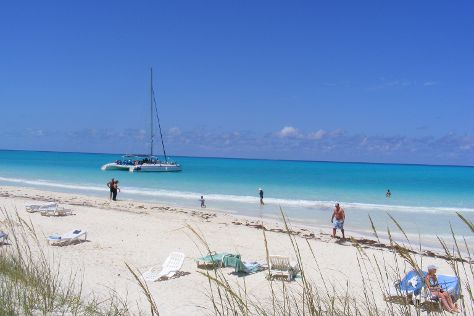 A kay of the Jardines del Rey archipelago, Cayo Guillermo has become a popular international tourist destination, buoyed by the construction of luxury all inclusive resorts that dot the paradisal island.

On the 7th (Sun), kick back and relax at Cayo Guillermo, head outdoors with Delfinario, and then enjoy the sand and surf at Playa Pilar.

For where to stay, ratings, maps, and other tourist information, go to the Cayo Guillermo sightseeing planning website.

Getting from Cayo Santa Maria to Cayo Guillermo by journey takes about 4 hours. In February, daytime highs in Cayo Guillermo are 32°C, while nighttime lows are 23°C. Finish up your sightseeing early on the 7th (Sun) so you can go by car to Cayo Coco.
more less

Things to do in Cayo Guillermo 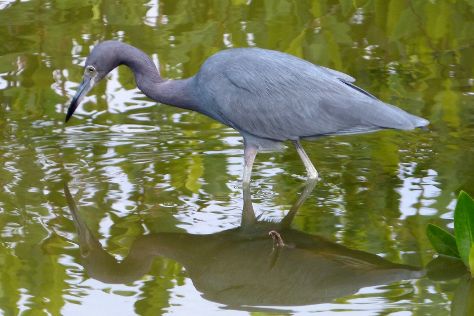 White sand beaches and calm waters have led to booming tourism in Cayo Coco, one of the main islands of the Jardines Del Rey archipelago.

On the 8th (Mon), explore the activities along Laguna La Redonda. Here are some ideas for day two: get outside with Outdoor Activities, then look for all kinds of wild species at Birdwatching with Paulino Lopez Delgado, and then soothe aching muscles at Acuavida Spa Talaso.

Cayo Coco is very close to Cayo Guillermo. In February, plan for daily highs up to 32°C, and evening lows to 23°C. Finish your sightseeing early on the 9th (Tue) so you can drive to Camaguey.
more less

Things to do in Cayo Coco 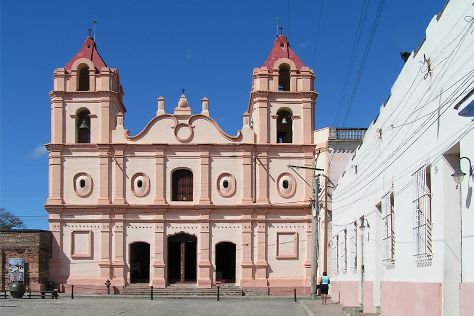 Step out of Camaguey to go to Playa Santa Lucia and see Sharks Friends Dive Center, which is approximately 1h 55 min away. Next up on the itinerary: take in the history at Plaza del Carmen, shop like a local with Casa de Arte Jover, stroll around Casino Campestre, and steep yourself in history at Iglesia de Nuestra Senora de la Soledad.

To find other places to visit, where to stay, reviews, and more tourist information, you can read our Camaguey road trip website.

Things to do in Camaguey 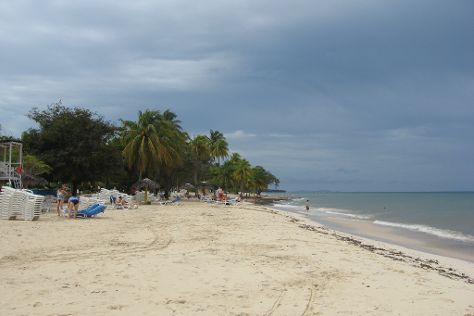 Not overly touristy, Holguin offers a different perspective on Cuban life, standing as a major city that doesn't seek to commercialize its past or cover itself in all inclusive resorts.

You can drive from Camaguey to Holguin in 3.5 hours. Alternatively, you can take a bus; or take a train. In February, daytime highs in Holguin are 34°C, while nighttime lows are 22°C. Wrap up your sightseeing on the 18th (Thu) early enough to drive to Santiago de Cuba.
more less

Things to do in Holguin

Santiago de Cuba has taken almost as much influence from Haiti and the Dominican Republic as it has from Havana, distilling a concoction of cultures to create a city with a distinct identity.

Drive from Holguin to Santiago de Cuba in 2.5 hours. Alternatively, you can take a train; or take a bus. In February, plan for daily highs up to 34°C, and evening lows to 24°C. Finish your sightseeing early on the 26th (Fri) so you can travel to Havana.
more less

Things to do in Santiago de Cuba

Cuba's capital and major commercial center, Havana manages to be very old and very modern at the same time.

Havana is known for historic sites, nightlife, and museums. Your plan includes some of its best attractions: get to know the fascinating history of Malecón of Havana, explore the world behind art at Museu Nacional de Belas Artes de Cuba, make a trip to El Capitolio, and take an in-depth tour of Museum of the Revolution (Museo de la Revolucion).

Fly from Santiago de Cuba to Havana in 5 hours. Alternatively, you can drive; or take a train. Expect a bit cooler evenings in Havana when traveling from Santiago de Cuba in February, with lows around 19°C. Wrap up your sightseeing on the 10th (Wed) early enough to drive to Vinales.
more less 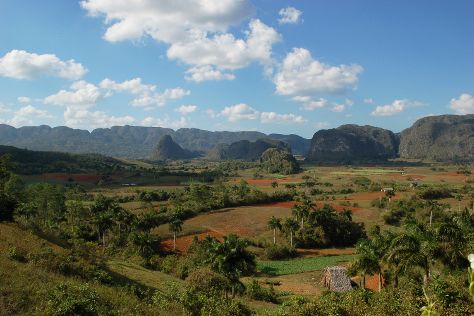 Take a break from Vinales with a short trip to Cayo Jutias in Minas de Matahambre, about 1h 5 min away. The adventure continues: admire the verdant scenery at Valle de Vinales, make a trip to Mural de la Prehistoria, hit the best photo ops around with Photo Tours in Vinales with Guillermo Seijo, and Head underground at Cuevas de Santo Tomas.

You can drive from Havana to Vinales in 2.5 hours. Other options are to take a shuttle; or take a bus. In March in Vinales, expect temperatures between 33°C during the day and 21°C at night. Wrap up your sightseeing on the 15th (Mon) early enough to travel back home.
more less

Things to do in Vinales