Plan created by another user. Make it yours
Start from...
1
Tunis
— 4 nights
End at...
See full calendar 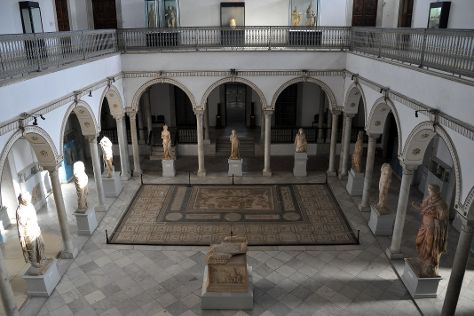 You'll find plenty of places to visit near Tunis: Hammamet (Yasmin Hammamet, Hammamet Beach, &more), Dougga (in Beja Governorate) and Ichkeul National Park (in Bizerte). Next up on the itinerary: see the interesting displays at The National Bardo Museum, take in the exciting artwork at Roumouz, take in the spiritual surroundings of Cathedral of St. Vincent de Paul, and take in panoramic vistas at The doors of the medina.

Plan a trip to Tunis easily and quickly by telling Inspirock to suggest an itinerary.