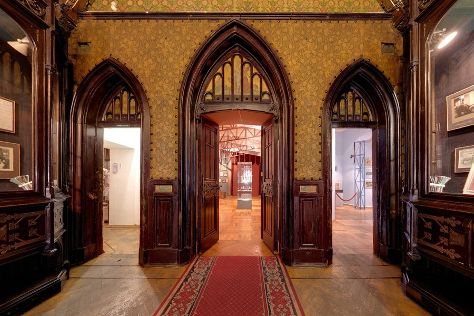 On the 6th (Sat), admire the striking features of Tserkov' Uspeniya Presvyatoy Bogoroditsy V Novodevich'yem Monastyre, steep yourself in history at Lenin's Mausoleum, contemplate the long history of Red Square, then pause for some serene contemplation at Saint Basil's Cathedral, and finally see the interesting displays at State Central Theatre Museum of Bahrushin. Get ready for a full day of sightseeing on the next day: steep yourself in history at Moscow Kremlin and then explore the world behind art at State Tretyakov Gallery.

To find ratings, photos, other places to visit, and tourist information, use the Moscow day trip planning app.

London, UK to Moscow is an approximately 7.5-hour flight. You can also do a combination of car and train; or do a combination of car and ferry. Traveling from London to Moscow, you'll lose 3 hours due to the time zone difference. In July in Moscow, expect temperatures between 27°C during the day and 16°C at night. Wrap up your sightseeing on the 7th (Sun) early enough to travel to St. Petersburg.
more less

Built on a desolate swamp as a showcase capital of Imperial Russia, this grand city has certainly lived up to the expectations of its founder, Tsar Peter the Great.

On the 8th (Mon), admire the striking features of Grand Peterhof Palace and Gardens, contemplate the long history of Palace Square, then take in the architecture and atmosphere at Church of the Savior on Spilled Blood, and finally see the interesting displays at Saint Isaac's Cathedral. On the 9th (Tue), you'll have a packed day of sightseeing: pause for some serene contemplation at Kazan Cathedral and then admire the masterpieces at The State Hermitage Museum.

For where to stay, other places to visit, reviews, and tourist information, go to the St. Petersburg travel route planning app.

Getting from Moscow to St. Petersburg by train takes about 5 hours. Other options: fly; or drive. Expect a daytime high around 26°C in July, and nighttime lows around 16°C. Cap off your sightseeing on the 9th (Tue) early enough to travel back home.
more less

Things to do in St. Petersburg

©
Church of the Savior on Spilled Blood