Writer Pearl Buck once called New York City “a place apart,” and this giant urban center remains unlike any other in the world.

New York City is known for museums, nightlife, shopping, historic sites, and parks. Your plan includes some of its best attractions: stroll through Central Park, enjoy breathtaking views from Empire State Building, appreciate the history behind Statue of Liberty National Monument, and contemplate the long history of 9/11 Memorial.

To find maps, where to stay, photos, and other tourist information, go to the New York City trip itinerary planning site .

Pune, India to New York City is an approximately 19.5-hour combination of flight and bus. You can also fly; or do a combination of train, flight, and bus. Due to the time zone difference, you'll gain 10 hours traveling from Pune to New York City. In March in New York City, expect temperatures between 11°C during the day and 1°C at night. Finish up your sightseeing early on the 4th (Sat) so you can travel to Nassau.
more less

Things to do in New York City 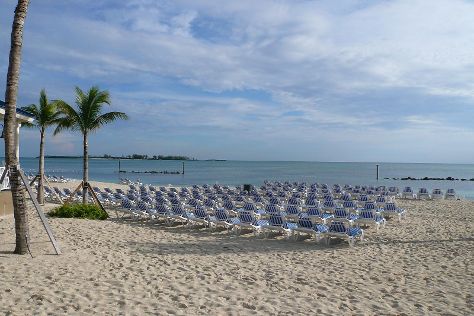 On a trip to Nassau you can immerse yourself in a dynamic city atmosphere or spend your days lazing on the soft golden sands.

Nassau is known for theme parks, beaches, shopping, historic sites, and wildlife. Your plan includes some of its best attractions: kick back and relax at Cable Beach, contemplate in the serene atmosphere at Christ Church Cathedral, stroll through Cabbage Beach, and get to know the resident critters at Ardastra Gardens, Zoo and Conservation Center.

Traveling by flight from New York City to Nassau takes 4.5 hours. Alternatively, you can do a combination of bus and flight; or do a combination of train and ferry. Expect much hotter temperatures when traveling from New York City in April; daily highs in Nassau reach 34°C and lows reach 25°C. Finish up your sightseeing early on the 10th (Fri) so you can travel to Staniel Cay.
more less

Things to do in Nassau

Tongue of the Ocean
Find places to stay Apr 4 — 10:
Hotels on TripAdvisor
Homes on Airbnb
Highlights from your plan 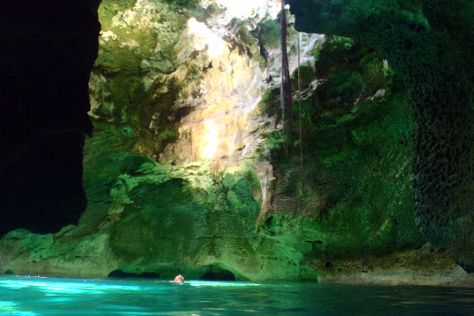 The remote and pristine island of Staniel Cay has a reputation as being one of the most untouched and unspoiled islands in the area.

Kick off your visit on the 11th (Sat): head outdoors with Pig Beach - Big Major Cay and then Head underground at Thunderball Grotto.

To see other places to visit, ratings, traveler tips, and more tourist information, you can read our Staniel Cay trip itinerary planner.

Getting from Nassau to Staniel Cay by flight takes about 4 hours. Other options: ride a ferry. Finish up your sightseeing early on the 11th (Sat) so you can travel to George Town.
more less

Things to do in Staniel Cay 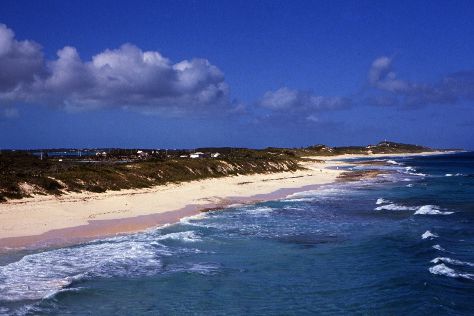 Few island getaways are more idyllic than George Town, a small settlement on the east coast of the Bahamian island of Exuma.

Step out of George Town to go to Moore Hill and see Tropic of Cancer Beach, which is approximately 32 minutes away. There's still lots to do: enjoy the sand and surf at Beaches of Stocking Island, indulge in some personalized pampering at some of the best spas, stroll through Jolly Hall Beach, and explore the gorgeous colors at Exuma Wall.

Traveling by flight from Staniel Cay to George Town takes 5 hours. Cap off your sightseeing on the 15th (Wed) early enough to travel to Harbour Island.
more less

Things to do in George Town 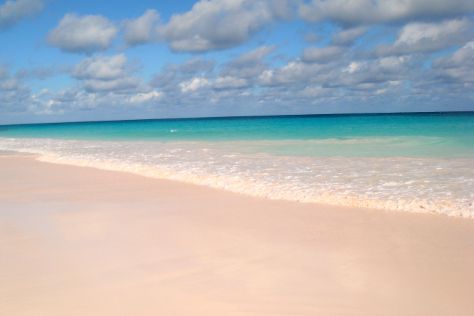 The casual Bahamian vibee of Harbour Island comes through in its atmospheric seaside eateries, the colonial English architecture of its main urban zones, and its wealth of attractive coastal areas.

Kick off your visit on the 16th (Thu): discover the deep blue sea with a scuba or snorkeling tour, stop by A and A Hidden Treasures, and then contemplate the long history of Dunmore Town. Keep things going the next day: view the masterpieces at Princess Street Gallery and then tour the pleasant surroundings at Pink Sands Beach.

For traveler tips, more things to do, maps, and other tourist information, go to the Harbour Island trip planner.

Traveling by combination of flight and ferry from George Town to Harbour Island takes 5 hours. Alternatively, you can ride a ferry. April in Harbour Island sees daily highs of 38°C and lows of 38°C at night. Wrap up your sightseeing on the 17th (Fri) to allow time to ride a ferry to Paradise Island.
more less

Things to do in Harbour Island 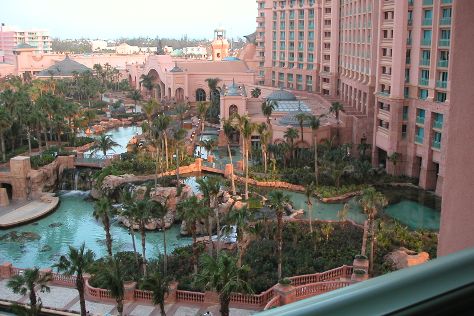 Located just off the shore from the capital city, Paradise Island offers glamorous gambling, luxury living, and a welcome dose of island exploration as well.

Paradise Island is known for zoos & aquariums, casinos, wildlife, spas, and shopping. Your plan includes some of its best attractions: get up close and personal with brilliant marine life at Marine Habitat at Atlantis, meet the residents at Waterscape, tee off at Paradise Island Golf Club, and buy something for everyone on your list at Marina Village.

Things to do in Paradise Island

Theme Park Capital of the World

For most people, any mention of Orlando immediately conjures up images of sprawling theme parks filled with characters plucked right out of popular animated movies.

Orlando is known for theme parks, nightlife, fun & games, shopping, and museums. Your plan includes some of its best attractions: find something for the whole family at Universal's Islands of Adventure, try out the rides at Disney's Animal Kingdom, stroll through Discovery Cove, and discover the magic at Epcot.

To see reviews, other places to visit, traveler tips, and more tourist information, you can read our Orlando travel route planning app .

Getting from Paradise Island to Orlando by flight takes about 5.5 hours. Other options: do a combination of ferry and bus; or do a combination of ferry and train. Traveling from Paradise Island in April, you can expect nighttime temperatures to be slightly colder in Orlando, with lows of 21°C. Wrap up your sightseeing on the 30th (Thu) to allow time to travel to Las Vegas.
more less

Things to do in Orlando

Nicknamed the "Entertainment Capital of the World," Las Vegas sits in the middle of a desert in the southern section of Nevada.

Venture out of the city with trips to Front Sight Firearms Training Institute-Day Classes (in Pahrump) and Hoover Dam (in Boulder City). And it doesn't end there: make a trip to Fountains of Bellagio, browse the different shops at The Grand Canal Shoppes at The Venetian, take in nature's colorful creations at Bellagio Conservatory & Botanical Gardens, and see the interesting displays at The Neon Museum.

Things to do in Las Vegas