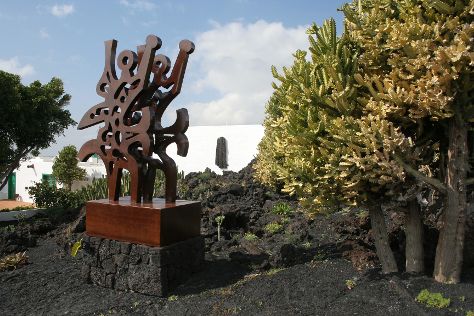 ©
Arrecife is a city and municipality in the Canary Islands (Spain) situated in the centre-east of the island of Lanzarote, of which it has been the capital since 1852. Go for a jaunt from Arrecife to Haria to see Casa / Museo Cesar Manrique about 34 minutes away. The adventure continues: see the interesting displays at Fundacion Cesar Manrique, Head underground at Cueva de los Verdes, look for all kinds of wild species at Wildlife Areas, and catch some excitement at Escape Room Lanzarote.

Plan my Arrecife trip by asking Inpirock to come up with tips and suggestions.

If you are flying in from United Kingdom, the closest major aiports are Lanzarote Airport and Fuerteventura Airport. In February, daytime highs in Arrecife are 24°C, while nighttime lows are 17°C. Wrap up your sightseeing on the 13th (Thu) early enough to travel back home.
more less

Things to do in Arrecife