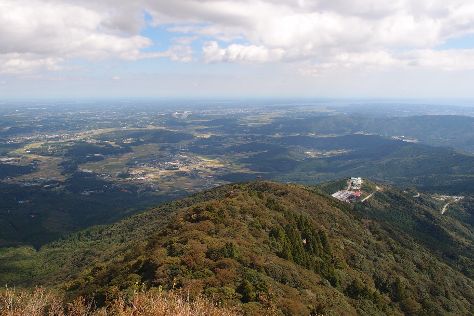 Situated just north of the country's capital, Tsukuba holds an established reputation as a thriving center for science research and education, earning the title "Japan's Science City." Originally planned in the 1960s as a spillover city of Tokyo and leading center for science, today Tsukuba attracts budding scientists from across the globe, all keen to see its innovative space centers, expos, and museums.

Get outdoors at Fukuroda Falls and Gyobumisaki. Do your shopping at Mitsui Outlet Park Makuhari and Aeon Mall Makuhari Shintoshin. Venture out of the city with trips to Kiuchi Brewery (in Naka), Narita (Naritasan Shinsho-ji Temple, Naritasan Omote Sando, & more) and Chiba (Makuhari Messe & Chiba Zoological Park). And it doesn't end there: indulge your thirst for a good beer at Asahi Brewery Ibaraki, tour the pleasant surroundings at Hitachi Seaside Park, buy something for everyone on your list at Sano Premium Outlet, and admire the natural beauty at Kairakuen Park.

To find where to stay, ratings, photos, and tourist information, refer to the Tsukuba travel route planning site .

If you are flying in from Israel, the closest major airports are Narita International Airport, Tokyo Haneda International Airport and Hyakuri Airport. In February, daytime highs in Tsukuba are 8°C, while nighttime lows are 6°C. Wrap up your sightseeing on the 31st (Sun) early enough to travel back home.
more less

Things to do in Tsukuba