To see other places to visit, traveler tips, more things to do, and tourist information, you can read our Georgetown tour app.

Halifax to Georgetown is an approximately 4.5-hour car ride. Expect a daytime high around °C in August, and nighttime lows around °C. Wrap up your sightseeing on the 12th (Wed) early enough to drive to Cavendish.
more less

Things to do in Georgetown

©
Basin Head - Beyond the Beach

Known to fans of writer Lucy Maud Montgomery as the setting of "Anne of Green Gables," Cavendish represents a top destination on Prince Edward Island.

You'll discover tucked-away gems like Thunder Cove Beach and Cavendish Cemetery. Step out of the city life by going to Cabot Beach Provincial Park and Chelton Beach Provincial Park. Venture out of the city with trips to Farmers' Bank of Rustico Museum & Doucet House (in Rustico), Acadian Museum (in Miscouche) and Summerside (Linkletter Provincial Park, Eptek Art & Culture Centre, &more). Next up on the itinerary: enjoy the sea views from Seacow Head Lighthouse, stroll around Argyle Shore Provincial Park, make a trip to L.M. Montgomery's Cavendish National Historic Site of Canada, and pause for some serene contemplation at St. Mary's Church.

For where to stay, ratings, reviews, and other tourist information, read Cavendish itinerary builder tool.

Traveling by car from Georgetown to Cavendish takes 1.5 hours. In August, daytime highs in Cavendish are °C, while nighttime lows are °C. Wrap up your sightseeing on the 22nd (Sat) to allow time to drive to O'Leary.
more less

Things to do in Cavendish 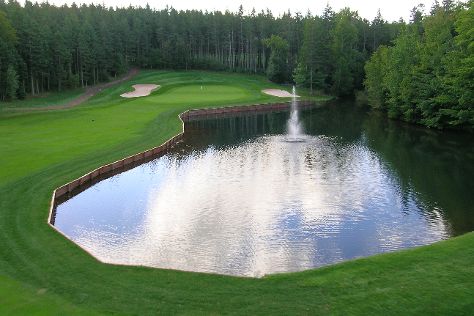 Traveling by car from Cavendish to O'Leary takes 1.5 hours. In August, daily temperatures in O'Leary can reach °C, while at night they dip to °C. Wrap up your sightseeing on the 29th (Sat) to allow time to travel back home.
more less

Things to do in O'Leary