Cultural capital of South America, Buenos Aires remains one of the largest cities on the continent, serving as a point of departure for exploring the rest of the country.

Your day by day itinerary now includes Parrilla Tour Buenos Aires, Teatro Colón and Palermo. Start off your visit on the 27th (Tue): see a show at Teatro Colón, pause for some serene contemplation at Catedral Primada, get a sense of history and politics at Casa Rosada, then make a trip to Plaza de Mayo, then take in the views from Puente de la Mujer, and finally pick up some new kitchen skills with Parrilla Tour Buenos Aires. Keep things going the next day: explore the world behind art at Museo de Arte Latinoamericano de Buenos Aires, appreciate the history behind Floralis Generica, explore the world behind art at Museo Nacional de Bellas Artes, then stroll around Bosques de Palermo, and finally wander the streets of Palermo.

Ottawa, Canada to Buenos Aires is an approximately 19.5-hour combination of train, bus, and flight. You can also fly. You'll lose 2 hours traveling from Ottawa to Buenos Aires due to the time zone difference. In October, Buenos Aires is a bit warmer than Ottawa - with highs of 24°C and lows of 17°C. Wrap up your sightseeing on the 29th (Thu) to allow time to travel to Ushuaia.
more less

Things to do in Buenos Aires

End of the World

Often called the "End of the World" because of its position on the southernmost tip of South America, the expanding city of Ushuaia serves as both a busy commercial port and attractive tourist hub.

Use Inspirock's suggestions to plan your Ushuaia trip and find the best activities and attractions for your vacation.

Traveling by flight from Buenos Aires to Ushuaia takes 5.5 hours. Alternatively, you can do a combination of car and ferry; or drive. Expect little chillier weather when traveling from Buenos Aires in October: highs in Ushuaia hover around 11°C, while lows dip to 3°C. On the 31st (Sat), you'll have the morning to explore before heading off to Punta Arenas.
more less

Things to do in Ushuaia 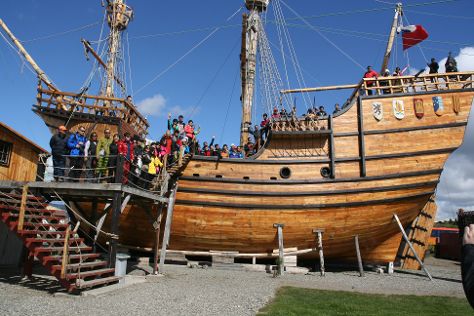 An erstwhile hub of the sheep wool industry, Punta Arenas has evolved into a gateway of sorts for hikers, cruise ship passengers, and adventure travelers heading out on the windswept lands of Chile's extreme southern reaches.

Traveling by journey from Ushuaia to Punta Arenas takes 87 hours. Alternatively, you can take a bus; or do a combination of car and ferry. The time zone changes from Argentina Standard Time (ART) to Chile Standard Time (CLT), which is usually a -1 hour difference. Expect a daytime high around 14°C in November, and nighttime lows around 5°C. Finish your sightseeing early on the 5th (Thu) to allow enough time to take a bus to El Calafate.
more less

Things to do in Punta Arenas

El Calafate tourism thrives mostly thanks to the city's proximity to a World Heritage-listed national park, famed for containing over 40 large glaciers.

Things to do in El Calafate

Nestled up against the hills of the Los Glaciares National Park, El Chalten serves as one of the nation's most bustling hubs for hikers and backpackers heading out into the wild landscape of southern Patagonia.

Your day by day itinerary now includes Encuentros con la Historia. Estancia Turistica as well as Spa Yaten. Go for a jaunt from El Chalten to El Calafate to see La Leona Petrified Forest about 2h 15 min away. There's much more to do: appreciate the extensive heritage of Laguna Torre, head outdoors with Road to El Chalten, get great views at El Mirador De Los Condores, and take in the dramatic scenery at Chorillo del Salto.

To find ratings, traveler tips, and other tourist information, you can read our El Chalten trip maker website.

Traveling by car from El Calafate to El Chalten takes 3.5 hours. Alternatively, you can take a bus. Finish your sightseeing early on the 10th (Tue) to allow enough time to travel to Salta.
more less

Things to do in El Chalten

Salta boasts a vibrant social life and array of informative museums appealing to visitors looking for a memorable cultural experience.

To see photos, ratings, other places to visit, and more tourist information, use the Salta sightseeing planner.

Do a combination of bus and flight from El Chalten to Salta in 12 hours. Alternatively, you can drive; or take a bus. In November, daytime highs in Salta are 31°C, while nighttime lows are 15°C. On the 11th (Wed), you're off to Purmamarca.
more less

Things to do in Salta

With a population of just over 2,000, the small village of Purmamarca possesses a remote Andean charm, with its adobe houses and colorful market streets some of the most photogenic in the area.

Your list of things to see and do now includes Salinas Grandes, Iglesia de Santa Rosa de Lima, Paseo de los Colorados, and other attractions. On the 11th (Wed), admire nature's extreme beauty at Salinas Grandes, take in the awesome beauty at The Hill of Seven Colors, then tour the pleasant surroundings at Paseo de los Colorados, and finally don't miss a visit to Plaza 9 de Julio.

For where to stay, more things to do, ratings, and tourist information, you can read our Purmamarca tour planner.

Traveling by car from Salta to Purmamarca takes 2.5 hours. Alternatively, you can take a bus. On the 12th (Thu), you'll have the morning to explore before heading off to Humahuaca.
more less

Things to do in Purmamarca

©
The Hill of Seven Colors 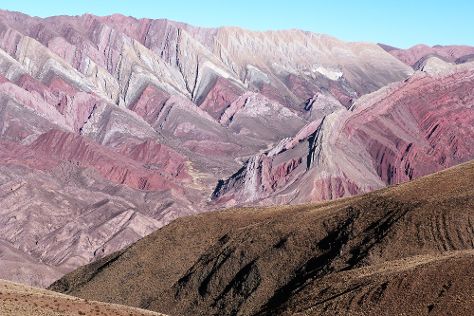 The largest settlement in the Quebrada de Humahuaca, Humahuaca allows for thorough exploration of the colorful valley that links the high Andean lands and the temperate plains of southeastern South America.

For more things to do, photos, where to stay, and other tourist information, read our Humahuaca trip itinerary maker app.

Traveling by car from Purmamarca to Humahuaca takes 1.5 hours. Alternatively, you can drive; or take a bus. Finish your sightseeing early on the 13th (Fri) to allow enough time to travel to Chicoana.
more less

Things to do in Humahuaca

The Chicoana are a Diaguita tribe in the Salta Province, Argentina. To find where to stay, maps, other places to visit, and other tourist information, you can read our Chicoana online itinerary planner.

Traveling by car from Humahuaca to Chicoana takes 4.5 hours. Alternatively, you can drive. In November, daytime highs in Chicoana are 31°C, while nighttime lows are 15°C. You will leave for Cachi on the 14th (Sat).
more less

Things to do in Chicoana

Though it's the biggest settlement for miles and locals call it a city, Cachi is really more of a village with a population of just over 2,000.

Getting from Chicoana to Cachi by car takes about 2.5 hours. Other options: drive. On the 15th (Sun), you'll travel to Cafayate.
more less

Things to do in Cachi 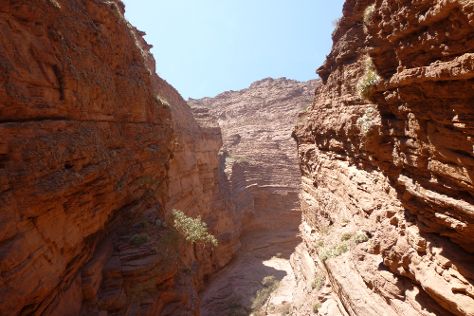 Nestled in one of the country's major wine regions, Cafayate and the surrounding area remain a top vacation destination throughout the year.

Getting from Cachi to Cafayate by car takes about 4 hours. Other options: drive; or do a combination of taxi and bus; or take a bus. Finish your sightseeing early on the 17th (Tue) to allow enough time to drive to Salta.
more less

Things to do in Cafayate

Kick off your visit on the 17th (Tue): get a new perspective on nature at MAAM - Museo de Arqueologia de Alta Montana de Salta, don't miss a visit to Plazoleta IV Siglos, then examine the collection at Salta Cabildo, then take in the spiritual surroundings of Cathedral of Salta, and finally look for gifts at Vincul Arte.

To see other places to visit, photos, where to stay, and tourist information, refer to the Salta online journey planner.

Traveling by car from Cafayate to Salta takes 3 hours. Alternatively, you can take a bus. Finish your sightseeing early on the 18th (Wed) to allow enough time to travel to Iguazu National Park.
more less

Things to do in Salta

For photos, ratings, more things to do, and other tourist information, read our Iguazu National Park online road trip planner.

Things to do in Iguazu National Park 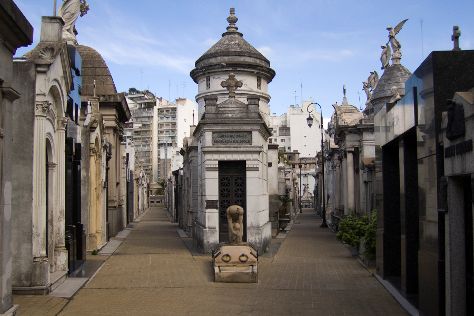 Recoleta has been added to your itinerary. Kick off your visit on the 20th (Fri): admire the natural beauty at Jardin Japones and then admire the natural beauty at Parque 3 de Febrero. On the 21st (Sat), you'll have a packed day of sightseeing: get a taste of the local shopping with Recoleta, make a trip to Tumulo de Liliana Crociati de Szaszak, then don't miss a visit to Cemiterio de Recoleta, then take a stroll through Puerto Madero, and finally visit Calle Defensa.

Use Inspirock's suggestions to plan your Buenos Aires trip and find the best activities and attractions for your vacation.

Things to do in Buenos Aires