A Singapore vacation reveals the many charms of a leading city-state and regional hub of culture, retail, and tourism.

Eschew the tourist crowds and head to City Scoot and Sungei Buloh Wetland Reserve. Satisfy your inner culture vulture at Singapore City Gallery and Kampong Glam. There's much more to do: see the interesting displays at The Intan, browse the different shops at Raffles City, take a stroll through Emerald Hill, and kick back and relax at Changi Beach.

To find where to stay, other places to visit, more things to do, and other tourist information, read Singapore trip itinerary planning app .

Gdansk, Poland to Singapore is an approximately 18-hour flight. You can also do a combination of train and flight; or do a combination of train, bus, and flight. The time zone changes from Central European Time (CET) to Singapore Time (SGT), which is usually a 7 hour difference. Traveling from Gdansk in January, expect Singapore to be warmer, temps between 36°C and 29°C. Finish your sightseeing early on the 17th (Fri) so you can drive to Melaka.
more less

Things to do in Singapore

Start off your visit on the 18th (Sat): identify plant and animal life at Pengkalan Balak Beach (Pantai Pengkalan Balak), take in the architecture and atmosphere at St. Peter's Church, then examine the collection at House of Museums Malacca, and finally contemplate in the serene atmosphere at Kampung Hulu Mosque. On the 19th (Sun), you'll have a packed day of sightseeing: take in the spiritual surroundings of Melaka Chinese Mosque, see the interesting displays at Villa Sentosa (Malay Living Museum), then take an in-depth tour of Malacca Heritage Centre, and finally pause for some serene contemplation at Church of The Visitation.

To find traveler tips, maps, reviews, and other tourist information, use the Melaka trip builder app .

Traveling by car from Singapore to Melaka takes 2.5 hours. Alternatively, you can take a bus; or do a combination of flight and bus. In January in Melaka, expect temperatures between 36°C during the day and 27°C at night. Finish your sightseeing early on the 19th (Sun) to allow enough time to drive to Ipoh.
more less

Things to do in Melaka

Church of The Visitation
Find places to stay Jan 17 — 19:
Hotels on TripAdvisor
Homes on Airbnb
Highlights from your plan

The Town Built on Tin

The city of Ipoh, fourth-largest in Malaysia and historically a mining town, has recently seen a complete reinvention and resurgence as a burgeoning tourism destination, thanks in part to its significant heritage.

On the 20th (Mon), take in the exciting artwork at Funtasy House Trick Art, then admire the landmark architecture of Ipoh Town Hall and Old Post Office, then get outside with Radak Adventure, and finally take a stroll through Qing Xin Ling Leisure and Cultural Village.

You can plan Ipoh trip in no time by asking Inspirock to help create your itinerary.

You can drive from Melaka to Ipoh in 4 hours. Other options are to take a train; or do a combination of bus and train. In January, plan for daily highs up to 37°C, and evening lows to 27°C. Finish your sightseeing early on the 20th (Mon) so you can drive to George Town.
more less

Things to do in Ipoh 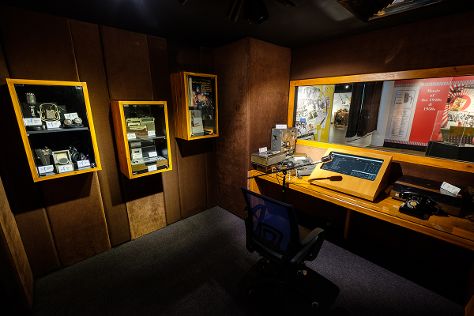 A kind of architectural playground, George Town is city offering an attractive mix of style, history, and culture.

Popular historic sites such as Reclining Buddha Wat Chaiyamangalaram and Chulia Street are in your itinerary. Get a sense of the local culture at Wonderfood Museum Penang and Colonial Penang Museum. Change things up with these side-trips from George Town: Monkey Beach (in Teluk Bahang) and Zahir Mosque (in Alor Setar). The adventure continues: contemplate in the serene atmosphere at Kapitan Keling Mosque, identify plant and animal life at The Habitat Penang Hill, examine the collection at Penang House of Music, and indulge your taste buds at Food & Drink.

Things to do in George Town 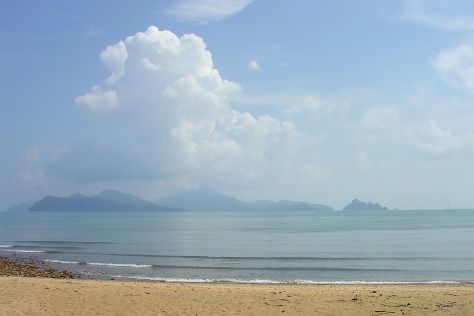 An archipelago of 104 islands, Langkawi is tailor-made for adventurous holidays, filled with exploration and relaxation.

Relax by the water at Tanjung Rhu Beach and Pasir Tengkorak Beach. Visiting Zipline and Telaga Tujuh Waterfalls will get you outdoors. The adventure continues: admire the masterpieces at Art In Paradise, stroll through Beras Basah Island, kick back and relax at Black Sand Beach, and see some colorful creatures with a scuba or snorkeling tour.

Traveling by combination of bus and flight from George Town to Langkawi takes 2 hours. Alternatively, you can ride a ferry; or do a combination of bus and ferry. The time zone difference moving from West Indonesia Time to Malaysia Time is 1 hour. In January, daytime highs in Langkawi are 37°C, while nighttime lows are 29°C. Wrap up your sightseeing on the 4th (Tue) to allow time to travel to Bangkok.
more less

Things to do in Langkawi

Enjoy cultural, historical, and culinary exploration during your holiday in Bangkok, the capital of Thailand and the most populous city in the country.

To find reviews, ratings, maps, and other tourist information, refer to the Bangkok trip planner .

You can fly from Langkawi to Bangkok in 5 hours. Alternatively, you can do a combination of ferry, bus, and flight; or do a combination of ferry and bus. The time zone changes from Malaysia Time (MYT) to Indochina Time (ICT), which is usually a -1 hour difference. In February, plan for daily highs up to 38°C, and evening lows to 28°C. Finish your sightseeing early on the 7th (Fri) so you can travel back home.
more less

Things to do in Bangkok