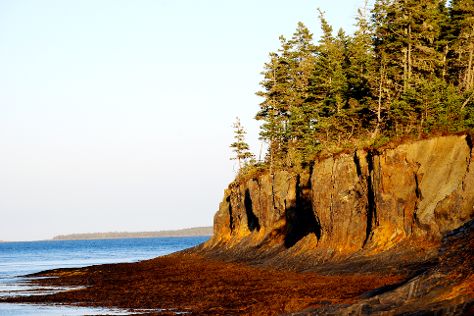 An hour's drive from Halifax's international airport, Luneburg boasts both colorful buildings and a colorful history, as well as status as a World Heritage Site.

We've included these beaches for you: Queensland Beach and Hirtle's Beach. Your inner history buff will appreciate St. John's Anglican Church and Grand Pre National Historic Site. There's still lots to do: examine the collection at Fisheries Museum of the Atlantic, look for all kinds of wild species at The Ovens Natural Park, pause for some serene contemplation at Central United Methodist Church, and take a tour of Bluenose II.

For other places to visit, reviews, ratings, and other tourist information, you can read our Lunenburg online trip planner .

Los Angeles, USA to Lunenburg is an approximately 13-hour combination of flight and car. You can also drive. The time zone changes from Pacific Standard Time (PST) to Atlantic Standard Time (AST), which is usually a 4 hour difference. Traveling from Los Angeles in September, expect Lunenburg to be slightly colder, temps between 66°F and 55°F. Wrap up your sightseeing on the 10th (Tue) early enough to drive to Annapolis Royal.
more less

Things to do in Lunenburg

To see more things to do, traveler tips, other places to visit, and tourist information, use the Annapolis Royal holiday tool .

Traveling by car from Lunenburg to Annapolis Royal takes 2 hours. Alternatively, you can take a bus. Expect slightly colder evenings in Annapolis Royal when traveling from Lunenburg in September, with lows around 50°F. Finish your sightseeing early on the 12th (Thu) to allow enough time to drive to Yarmouth.
more less

Things to do in Annapolis Royal 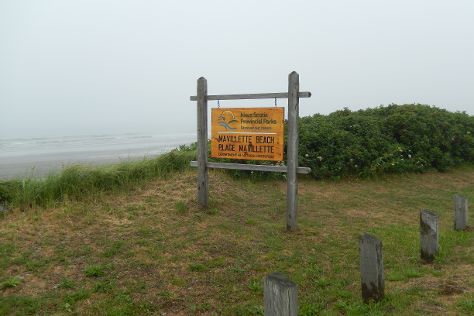 ©
Yarmouth is a port town located on the Bay of Fundy in southwestern Nova Scotia, Canada. Step out of the city life by going to Mavillette Beach Provincial Park and Balancing Rock Trail. Venture out of the city with trips to Le Village Historique Acadien de la Nouvelle-Ecosse (in Lower West Pubnico) and Ocean Explorations Whale Cruises (in Tiverton). Next up on the itinerary: kick back and relax at Port Maitland Beach Provincial Park, examine the collection at W. Laurence Sweeney Fisheries Museum, visit a coastal fixture at Cape Forchu Lightstation, and stroll around Frost Park.

To find ratings, reviews, other places to visit, and more tourist information, use the Yarmouth online day trip planner .

Drive from Annapolis Royal to Yarmouth in 2 hours. Alternatively, you can take a bus. Finish your sightseeing early on the 15th (Sun) so you can travel to Advocate Harbour.
more less

Things to do in Yarmouth

©
Advocate Harbour is a Canadian rural community located in Cumberland County, Nova ScotiaThe community is situated on Route 209 and has a small well-protected fishing harbour opening on the Bay of Fundy; the harbour dries at low tide.The community's economy is tied to the seasonal industries of fishing and tourism. Step out of the city life by going to Fundy National Park and Hopewell Rocks. Change things up with a short trip to Fundy Trail Parkway in St. Martins (about 1h 05 min away). There's still lots to do: explore the striking landscape at Three Sisters, enjoy the sea views from Cape d'Or Lighthouse, and look for all kinds of wild species at Cape Chignecto Provincial Park.

For ratings, more things to do, reviews, and other tourist information, read Advocate Harbour vacation planner.

Getting from Yarmouth to Advocate Harbour by car takes about 6 hours. September in Advocate Harbour sees daily highs of 68°F and lows of 51°F at night. Wrap up your sightseeing on the 18th (Wed) early enough to travel to Ingonish.
more less

Things to do in Advocate Harbour

Nestled on a cozy harbor surrounded by green forests, the coastal town of Ingonish serves as the perfect coastal retreat for those after a quiet getaway.

Get in touch with nature at Cape Breton Highlands National Park and Middle Head Trail. Step out of Ingonish with an excursion to Dolphin & Whale Watching in Bay St. Lawrence--about 56 minutes away. There's much more to do: enjoy the sand and surf at Ingonish Beach, play a few rounds at Highlands Links Golf Course, and admire all the interesting features of Cabot Trail.

Use the Route module to find suitable travel options from Advocate Harbour to Ingonish. Expect a daytime high around 68°F in September, and nighttime lows around 50°F. Wrap up your sightseeing on the 21st (Sat) to allow time to drive to Louisbourg.
more less

Things to do in Ingonish 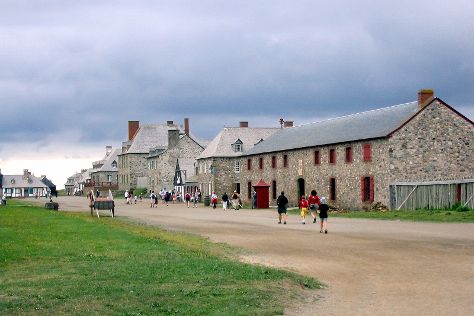 ©
Louisbourg is an unincorporated community and former town located in Nova Scotia's Cape Breton Regional Municipality.HistoryThe French military founded the Fortress of Louisbourg in 1713 and its fortified seaport on the southwest part of the harbour, naming it in honour of Louis XIV. On the 22nd (Sun), steep yourself in history at Fortress of Louisbourg National Historic Site, pause for some serene contemplation at Stella Maris Rectory, and then trek along Louisbourg Lighthouse Coastal Trail.

To find where to stay, ratings, photos, and other tourist information, read our Louisbourg trip maker website .

You can drive from Ingonish to Louisbourg in 2.5 hours. Expect a daytime high around 68°F in September, and nighttime lows around 51°F. Finish your sightseeing early on the 22nd (Sun) so you can travel to Halifax.
more less

Things to do in Louisbourg

The largest city on Canada's eastern coastline, Halifax boast a rich maritime history and occupies a strategically important location with one of the world's greatest natural harbors.

Your inner history buff will appreciate Halifax Citadel National Historic Site of Canada and Peggy's Cove Lighthouse. Visiting Clam Harbour Beach and River Rafting & Tubing will get you outdoors. Step out of Halifax with an excursion to William deGarthe Art Gallery in Peggy's Cove--about 46 minutes away. Next up on the itinerary: take in nature's colorful creations at Halifax Public Gardens, play a few rounds at H2O Golf, contemplate in the serene atmosphere at St. Paul's Church, and walk around Point Pleasant Park.

To see reviews, where to stay, more things to do, and other tourist information, use the Halifax day trip planner.

You can fly from Louisbourg to Halifax in 3.5 hours. Alternatively, you can drive; or take a bus. In September in Halifax, expect temperatures between 69°F during the day and 54°F at night. Cap off your sightseeing on the 26th (Thu) early enough to travel back home.
more less

Things to do in Halifax

©
Canadian Museum of Immigration at Pier 21 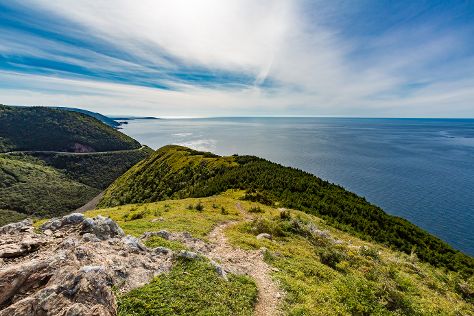 ©
Start off your visit on the 27th (Fri): tour the pleasant surroundings at Skyline Trail, then enjoy the sea views from Enragee Point Lighthouse, then examine the collection at Les Trois Pignons, and finally pause for some serene contemplation at Saint Peter's Church. Keep things going the next day: steep yourself in history at Lone Shieling, then get interesting insight from Tours, and then hike along Acadian Trail.

Plan a trip to Cheticamp easily and quickly by telling Inspirock to suggest an itinerary.

Explore your travel options from Halifax to Cheticamp with the Route module. In September, daily temperatures in Cheticamp can reach 67°F, while at night they dip to 51°F. Wrap up your sightseeing by early afternoon on the 29th (Sun) to allow enough time to travel back home.
more less

Things to do in Cheticamp