©
Plan created by another user. Make it yours
Start from...
1
Atina
— 21 nights
End at...
See full calendar 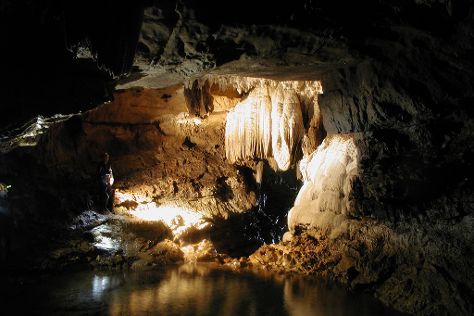 ©
Atina is a town and comune in the province of Frosinone, Lazio region of central Italy.The economy is mostly based on agriculture (olive oil, wine – including Cabernet – and beans).HistoryAtina was a town of the Samnites, later conquered by the Romans.Cicero speaks of it as a prosperous country town, which had not as yet fallen into the hands of large proprietors; and inscriptions show that in the Imperial age it was still flourishing.After the fall of the Western Roman Empire, it was conquered by the Lombards, becoming part of the Duchy of Benevento in 702. Your day by day itinerary now includes Grotte di Falvaterra - Visita Speleoturismo. Change things up with these side-trips from Atina: Museo Della Civilta Contadina E dell'Ulivo (in Pastena), Veroli (Basilica di Santa Maria Salome, Area Pic Nic Prato di Campoli, &more) and Falvaterra (Centro Storico Falvaterra & Grotte di Falvaterra). Spend the 22nd (Sat) exploring nature at Area faunistica del Lupo. There's lots more to do: learn about all things military at International War Museum of the World Wars, explore the fascinating underground world of Caves of Pastena, take in the architecture and atmosphere at Santuario dell'Addolorata di Castelpetroso, and explore the historical opulence of Castello Monumentale.

To find other places to visit, reviews, where to stay, and tourist information, read our Atina trip planner.

Things to do in Atina