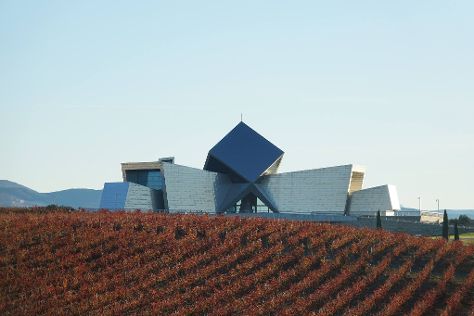 ©
Jaca is a city of northeastern Spain in the province of Huesca, located near the Pyrenees and the border with France. Discover out-of-the-way places like Bodega SOMMOS and Selva de Oza. Appreciate the collections at Museo Diocesano de Jaca - Arte Romanico and Ciudadela De Jaca. Change things up with these side-trips from Jaca: Ermita de Nuestra Senora de Muskilda (in Ochagavia), Cascada de Sorrosal (in Broto) and Barbastro (Museo Diocesano Barbastro Monzon & Vinas del Vero). There's still lots to do: explore the world behind art at Museo de Dibujo Julio Gavin-Castillo de Larres, pause for some serene contemplation at Monasterio de San Pedro de Siresa, take in the spiritual surroundings of Cathedral of Jaca, and admire the verdant scenery at Hecho Valley.

For ratings, where to stay, maps, and other tourist information, read Jaca day trip planning tool.

Stockholm, Sweden to Jaca is an approximately 11-hour combination of flight and car. You can also drive. Finish your sightseeing early on the 5th (Fri) so you can drive to Sos del Rey Catolico.
more less

Things to do in Jaca

©
Sos del Rey Católico is a historic town and municipality in the Cinco Villas comarca, province of Zaragoza, in Aragon, Spain.HistoryLocated on rocky and elevated terrain, this important border town served well as a stronghold from the year 907 when it was reclaimed by Sancho I of Pamplona.It was incorporated in 1044 by Ramiro I into the Kingdom of Aragon.In the year 1452, during the War of Navarre, Queen Juana Enríquez de Córdoba moved to the town, then called "Sos". Kick off your visit on the 6th (Sat): don't miss a visit to Plaza de la Villa, then take in the architecture and atmosphere at Iglesia de San Esteban, and then take in breathtaking views at Foz de Lumbier. On the 7th (Sun), you'll have a packed day of sightseeing: explore the historical opulence of Castillo de Sadaba, take in the architecture and atmosphere at Church of San Martin de Tours in Uncastillo, and then don't miss a visit to Juderia.

To see where to stay, other places to visit, traveler tips, and more tourist information, go to the Sos del Rey Catolico itinerary maker tool.

Things to do in Sos del Rey Catolico

©
Olite is a town and municipality located in the Comarca de Tafalla comarca, Merindad de Olite merindad, in Navarre, Spain.According to Isidore of Seville's, the town of Oligicus was founded by Swinthila, Visigothic King of Hispania in order to control and punish the Vascones. Popular historic sites such as Palacio Real de Olite and Iglesia-Fortaleza de Santa Maria de Ujue are in your itinerary. Discover out-of-the-way places like Iglesia de Santa Maria la Real and Iglesia de Sta. Maria de Eunate. Get out of town with these interesting Olite side-trips: Fuertes Gourmet (in Calahorra), Puente la Reina (Iglesia de San Pedro Apostol & Church of Santiago) and Bodegas Manzanos Azagra (in Azagra). The adventure continues: take in the architecture and atmosphere at Iglesia de San Pedro, pause for some photo ops at Cerco de Artajona, do a tasting at Cosecheros Reunidos Bodegas y Vinedos, and examine the collection at Museo del Vino.

Traveling by car from Sos del Rey Catolico to Olite takes an hour. In June, daytime highs in Olite are 30°C, while nighttime lows are 15°C. Wrap up your sightseeing on the 10th (Wed) early enough to drive to Vitoria-Gasteiz.
more less

Things to do in Olite 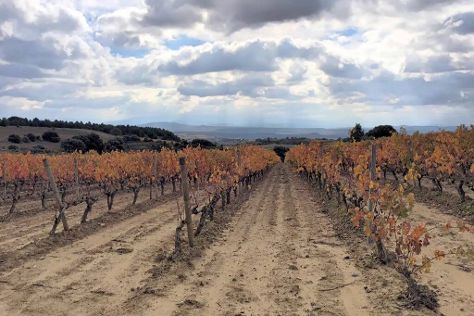 The capital of the Basque country, Vitoria-Gasteiz is a medieval city with lively suburbs and a traditional but elegant urban feel.

To see traveler tips, more things to do, maps, and more tourist information, use the Vitoria-Gasteiz online visit planner.

Getting from Olite to Vitoria-Gasteiz by car takes about 1.5 hours. Other options: take a train. Traveling from Olite in June, you can expect nighttime temperatures to be little chillier in Vitoria-Gasteiz, with lows of 11°C. Finish your sightseeing early on the 15th (Mon) to allow enough time to travel back home.
more less

Things to do in Vitoria-Gasteiz