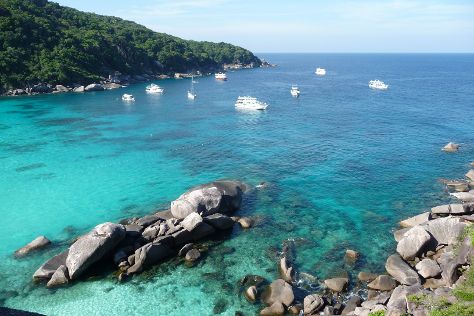 Frequently overlooked by tourists, the town of Phang Nga may seem lackluster and uninteresting to some vacationers.

Plan my Phang Nga trip by asking Inpirock to come up with tips and suggestions.

If you are flying in from United States, the closest major aiports are Phuket International Airport, Krabi Airport and Surat Thani Airport. Expect a daytime high around 88°F in August, and nighttime lows around 75°F. Cap off your sightseeing on the 15th (Sat) early enough to travel back home.
more less

Things to do in Phang Nga