Popular historic sites such as Eiffel Tower and Arc de Triomphe are in your itinerary. Get a sense of the local culture at Basilique du Sacre-Coeur de Montmartre and Cathedrale Notre-Dame d'Amiens. Explore the numerous day-trip ideas around Paris: Lochnagar Crater (in Ovillers-la-Boisselle), Musee Somme 1916 (in Albert) and Cathedrale Saint-Pierre (in Beauvais). There's lots more to do: examine the collection at Musee Marmottan Monet, step off the mainland to explore Île de la Cité, ponder the world of politics at Hotel de Ville, and shop like a local with Champs-Elysees.

To find where to stay, ratings, photos, and other tourist information, read Paris journey maker website .

Stockholm, Sweden to Paris is an approximately 5.5-hour flight. You can also do a combination of flight and train; or drive. Traveling from Stockholm in June, you will find days in Paris are a bit warmer (27°C), and nights are about the same (15°C). Wrap up your sightseeing on the 4th (Thu) early enough to take a train to Bayeux.
more less

Most travelers take a trip to Bayeux to see the famed tapestry depicting the legendary Norman Conquest from the 11th century.

Museum-lovers will appreciate Musee de la Tapisserie de Bayeux and Pegasus Memorial. Eschew the tourist crowds and head to Cathedrale Notre-Dame and Bayeux War Cemetery. Explore the numerous day-trip ideas around Bayeux: Cimetiere Militaire Allemand de La Cambe (in La Cambe), Le Phare de Gatteville (in Gatteville-le-Phare) and Church of Angoville-Au-Plain (in Angoville-Au-Plain). Next up on the itinerary: see the interesting displays at Musee du debarquement, steep yourself in history at Remains Mulberry Harbour, take in the history at Maisy Battery, and brush up on your military savvy at Musee Memorial de la Bataille de Normandie.

To find reviews, ratings, maps, and other tourist information, you can read our Bayeux online visit planner .

Traveling by train from Paris to Bayeux takes 2.5 hours. Alternatively, you can drive; or take a bus. Expect little chillier weather when traveling from Paris in June: highs in Bayeux hover around 24°C, while lows dip to 12°C. Finish your sightseeing early on the 7th (Sun) to allow enough time to travel to Avignon.
more less

Things to do in Bayeux 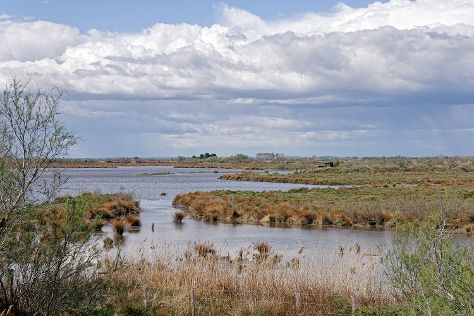 An ancient town center surrounded by medieval ramparts, Avignon is a major city of Provence and a Mediterranean city in the Vaucluse department on the left bank of the Rhône River.

You can plan Avignon trip in no time by asking Inspirock to help create your itinerary.

Traveling by combination of flight and train from Bayeux to Avignon takes 5 hours. Alternatively, you can take a train; or drive. Prepare for somewhat warmer weather when traveling from Bayeux in June: high temperatures in Avignon hover around 33°C and lows are around 18°C. Finish your sightseeing early on the 11th (Thu) to allow enough time to drive to Nice.
more less

Things to do in Avignon 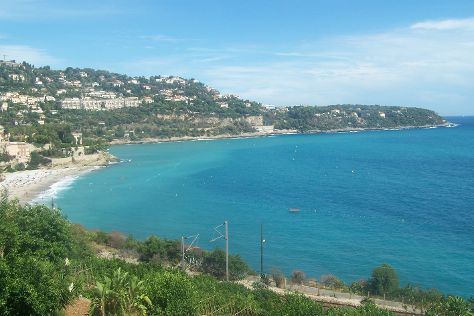 Well-known for the beautiful views of its famous Promenade des Anglais waterfront, Nice is an ethnically-diverse coastal port city on the French Riviera and the fifth most populated city in France.

For traveler tips, more things to do, other places to visit, and other tourist information, read our Nice trip itinerary tool .

Traveling by car from Avignon to Nice takes 3 hours. Alternatively, you can take a train; or take a bus. Traveling from Avignon in June, expect nights in Nice to be a bit warmer, around 22°C, while days are little chillier, around 28°C. Finish your sightseeing early on the 14th (Sun) to allow enough time to travel back home.
more less

Things to do in Nice