Venture out of the city with trips to Nafplio (Church of Agios Spyridonas, Fortress Palamidi, &more), The Great Theatre of Epidaurus (in Epidavros) and Mycenae (Lion Gate & Archaeological Site Mycenae). Next up on the itinerary: steep yourself in history at Acropolis of Athens, wander the streets of Monastiraki, get the lay of the land with Walking tours, and delve into the distant past at Ancient Agora of Athens.

Oslo, Norway to Athens is an approximately 7.5-hour flight. You can also drive; or do a combination of car and train. The time zone difference moving from Central European Standard Time (CET) to Eastern European Standard Time (EET) is 1 hour. Traveling from Oslo in September, expect Athens to be warmer, temps between 34°C and 24°C. Finish your sightseeing early on the 8th (Thu) to allow enough time to travel to Athens.
more less 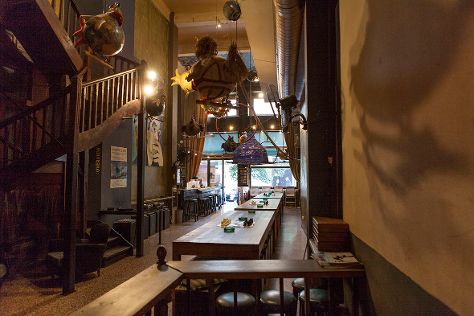 Booze has been added to your itinerary. Kick off your visit on the 8th (Thu): admire the masterpieces at Benaki Museum. On the 9th (Fri), you'll have a packed day of sightseeing: take in the architecture and atmosphere at Agioi Theodoroi Church, then join in the after-dark buzz at Booze, and then indulge in some culinary diversions at a local gastronomic tour.

To see traveler tips, ratings, and other tourist information, go to the Athens sightseeing planner.

Wrap up your sightseeing on the 10th (Sat) to allow time to travel back home.
more less