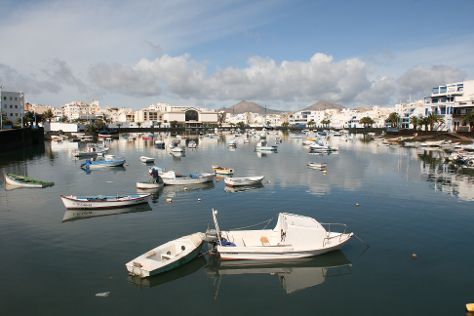 ©
Arrecife is a city and municipality in the Canary Islands (Spain) situated in the centre-east of the island of Lanzarote, of which it has been the capital since 1852. On the 12th (Thu), see some colorful creatures with a scuba or snorkeling tour, take in nature's colorful creations at Jardin de Cactus, then see the interesting displays at Fundacion Cesar Manrique, and finally contemplate the waterfront views at El Charco de San Gines.

To see where to stay, more things to do, photos, and other tourist information, read Arrecife trip planner.

If you are flying in from United Kingdom, the closest major aiports are Lanzarote Airport and Fuerteventura Airport. March in Arrecife sees daily highs of 26°C and lows of 18°C at night. Cap off your sightseeing on the 12th (Thu) early enough to travel back home.
more less

Things to do in Arrecife